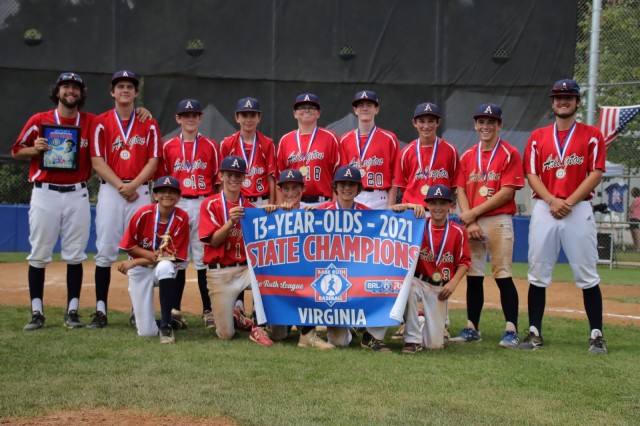 ASBR 13s All Stars won their State tournament, undefeated and will travel to Tennessee for the Regional competition later in July Track the 13s Regional tournament here.

At the end of the tournament, Reece Wilder was named MVP and was the winning pitcher for the championship game.

ASBR 14s All-Stars won their district tournament this week and will play their State tournament next weekend in Manassas. Their first game will be Saturday at 10am. Track the 14s progress here.

The ASBR 14s swept their competition in the opening event - a skills competition. Arlington won every event. Jack Rubin tied for the lead in the Home Run Dinger, but then bested his opponent in the tie-breaker face-off for the victory!

Unfortunately, the 13s have been eliminated now. In their final game, they were poised to win 6-4 with one out left. Host Madison County hit a 3-run homer for the come-from-behind, surprise win.