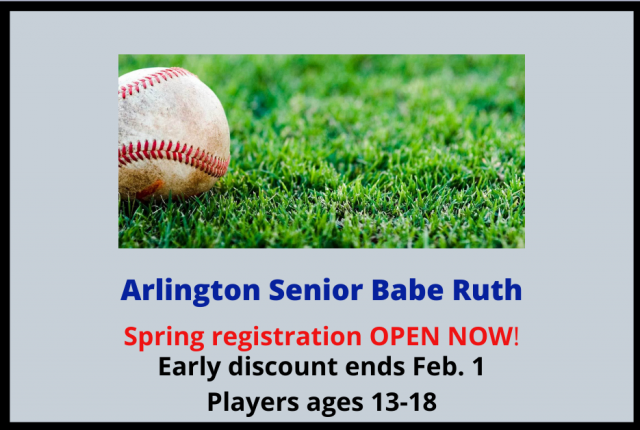 ASBR is making plans for spring training and continuing winter workouts. Register now to PLAY BALL! Early discount ends Feb. 1. Register through the banner at the top of the HOME page.

After you register for the spring season, you may also participate in winter training. Sign up here.

ASBR will offer its Spring Prep League program to 13u players, a program that has successfully transitioned players to the larger field for decades. The season will begin in early March with open practices, followed by the formation of teams and team practices. Teams will practice twice a week until early April, when league play will begin. League play will involve two games per week, plus some weekday practices, through early June, followed by a league championship tournament. It is a core principle of ASBR to field balanced teams to ensure fair and competitive games.

Summer opportunities will be available for those who are interested in continued higher-level play at the very competitive All-Star/travel level.

As in years past, there will be two different leagues for 14- and 15-year-old players.

ASBR will offer its Spring Alliance League program to 14u and 15u players who are not participating in a high school baseball program. Players who are planning to tryout for their high school teams should register here. We will gladly move (with our congratulations!) any player who joins a high school team later. This league will begin with practices in early/mid March. Games will start in early April. League play usually involves two games  each week through early June, followed by a league championship tournament. All-Star teams are available to players in this league and will be selected in early June with play extending through late July.

ASBR will offer its Spring American League program to 14u and 15u players who participate in their high school spring seasons. This league will begin at the end of the high school season. There are no practices in this league. Games will begin in mid-May and will continue with two or three games per week through late June, followed by a league championship tournament. All-Star teams will be selected in June and an extensive All-Star season will extend through the end of July.

The Seniors League (for 16u-18u Players)

ASBR will offer its traditional Spring Seniors League program to 16u-18u ball players. Teams will be formed in mid-May and the season will include games and practices.

The Arlington Senators are the travel baseball program of Arlington Senior Babe Ruth. Senators schedules are integrated into the ASBR schedules to allow players who desire additional baseball opportunities to play both with their peers in recreational league while also receiving additional instruction and game play through a travel experience. Most Senators coaches are former college players and games are typically played against teams in the Northern Virginia Travel Baseball League.

The Senators will hold tryouts for their 13- and 14-year-old teams in mid-to-late February.  All players—returning and new—are required to tryout.

Players who desire a robust spring baseball experience should plan to sign up for ASBR and tryout for the Senators in mid-February. The programs complement one another and Senators players must also play on an ASBR team in the spring season. Watch the Senators website for more details and dates: ArlingtonSenators.com

ASBR strives to offer baseball opportunities that meet the dynamic demands of the Arlington community. If you have questions about ASBR or Senators spring programming, please reach out!