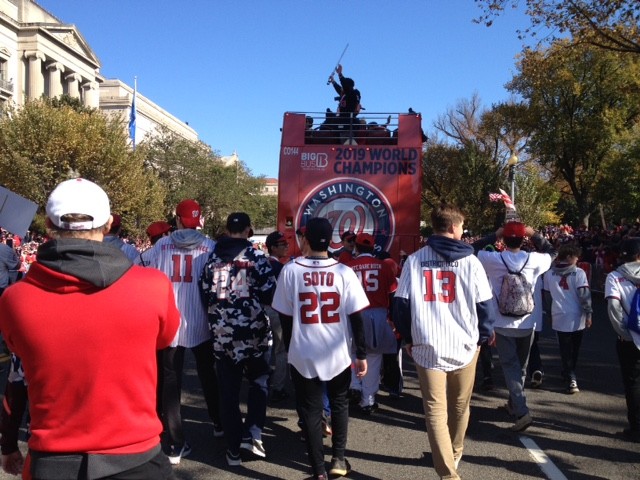 The ASBR 15s World Series team spent a day with the Washington Nationals World Series team! They chatted with the players, took a few photos and then walked in the parade--behind Sean Doolittle and his light saber. One commented, "This is something I will remember for the rest of my life." Hard to know which world series player might have said that. More photos are posted in the photo album top tab on the home page.